China, Bangladesh, Vietnam and India are four of the largest garment exporters in the world. Of 348 garment importers surveyed on InTouch’s website since October 2016, 61 % said they source garments from at least one of these countries. China remains the most popular choice at 21%, Bangladesh and India tie for second place at 14%, while Vietnam comes right behind at 12%.

While all four countries have a well-developed garment industry, each has a unique business climate that may be more or less suitable for your manufacturing needs. Low-cost labor is certainly a key factor in choosing a supplier for manufacturing garments. But don’t discount other concerns that can affect your quality and deliverability, like labor productivity and infrastructure development.

By proactively managing product quality, it’s possible for garment importers to achieve their desired quality standard when sourcing in Asia.

Let’s look at these four countries and break down some of the key metrics you should consider when deciding where to manufacture your garments.

Almost every consumer in the Western world probably owns a piece of clothing with “Made in China” sewn on the label. For many years, China has retained its position as the largest clothing exporter in the world, but this could change in years to come. While China’s garment industry recorded an average of 4% growth since 2010, its numbers declined to -7% both in 2015 and 2016. 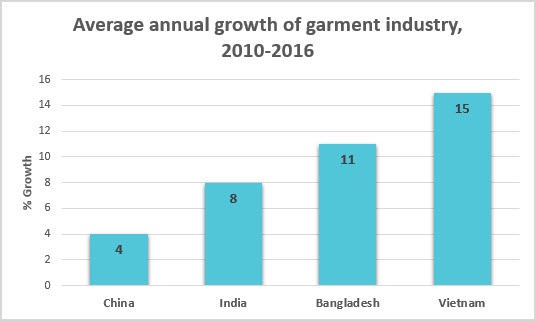 China’s gradual move away from labor-intensive garment manufacturing is typical of industrialized countries as wages and standards of living rise and population growth slows. China’s government not only acknowledges its inevitable shift in manufacturing but is actively promoting it through the “Made in China 2015” initiative. It focuses on improving the country’s high-tech competitiveness by fostering advancement and innovation in certain sectors, such as robotics, automobiles and medical devices.


What does this mean for importers regarding trends in garment manufacturing growth?

Undoubtedly, China is still a major player in the sector, but garment exports will likely account for a smaller portion of China’s total GDP in the years ahead. This will present opportunities for importers of products that require more sophisticated manufacturing. But as we’ll see, China’s increasing wages will force more garment importers to move production to less developed countries that offer lower costs.


Labor costs: The advantage of Bangladesh

It’s no secret that the garment business, or “rag trade” as it’s sometimes called, typically chases the next cheapest pair of hands. Due to the labor-intensive nature of garment manufacturing, the industry is usually concentrated in locations with relatively low labor costs.

For this reason, the last decade has seen an increase in garment production in countries like India, Vietnam and Pakistan, as well as Cambodia and Bangladesh. The latter provides the lowest wages out of the major garment producing countries, where the monthly minimum for garment workers is 5,300 taka, (about 65 USD). India, China and Vietnam have higher wages but lack a national minimum wage due to regional differences in economic development.

These minimum wages reflect the official, mandated rates of the regulated economy set by national and local governments. But many manufacturers may illegally operate at lower rates, particularly in India where an estimated 80% of workers are employed in the unregulated, informal economy. For them, the pay could be much lower and based on piece production. 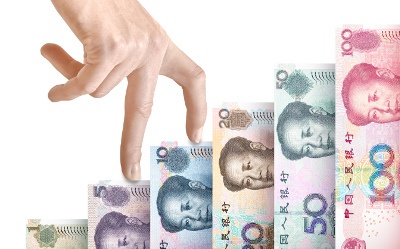 In Shanghai has the highest monthly minimum wage at 2,300 RMB (338 USD), with similar rates in other tier-1 cities like Beijing and Shenzhen. Minimum wages in county-level cities in smaller provinces can be as low as 1,000 RMB (150 USD). But even these low rates can’t compete with the other countries’ when solely comparing labor costs.

To diminish loosing business to other countries, the Chinese government is providing incentives for manufacturers to move production to cheaper provinces in Central and Western China, with schemes like investing $8 billion in its far western Xinjiang Province, a major cotton-growing region, to attract textile and apparel companies. To some garment manufacturers, it is certainly a promising offer as tax benefits, rent and power subsidies make it a “near-guaranteed profit.”

But will China continue to foster its garment industry when faced with opportunities in the high-tech sphere? It’s a risk garment importers may want to consider.

Many importers consider India a major potential competitor to China for manufacturing due to its massive workforce, second in size only to China’s (related: Manufacturing in India vs. China). This large workforce makes India a particularly attractive option for manufacturing garments. However, India's significantly lower labor costs has not always sufficed for manufacturers to consider relocating. 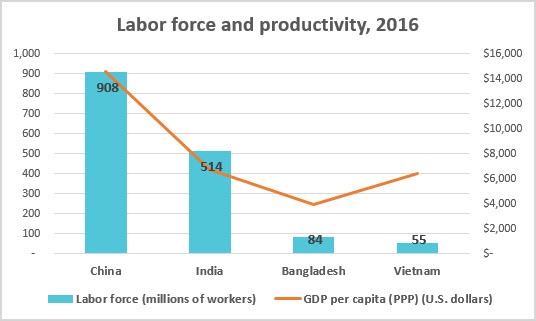 One reason for this is the productivity of workers. Per-capita GDP, adjusted for purchasing power parity (PPP), is one measurement of a country’s productivity. Typically, a higher per-capita GDP reflects a greater degree of productivity, as it measures the value each individual provides to the economy. While wages in India are significantly lower in India than in China, the above measurement shows India's productivity is also estimated to be less than half of China’s.

Manufacturing garments is typically a low-skilled job, so garment importers might not be particularly concerned about whether a workforce is skilled. However, skilled labor in managerial positions increases the efficiency and productivity of a factory, which can shorten lead times. The World Economic Forum (WEF) Human Capital Index measures the “knowledge and skills embodied in individuals that enable them to create economic value” through education metrics. By this measurement, Vietnam’s human capital eclipses China’s, while India lags behind, even Bangladesh. 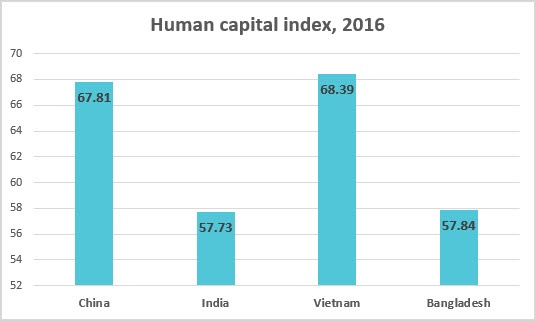 In contrast, some of China’s advanced garment factories have found a market in diversification by producing lower volumes of higher quality and more technical garments. Technical garments, also known as "techwear", include items constructed with special fabric and techniques that allow for breathability, movement, water-resistance and comfort. Manufacturers can sell these garments at a higher margin, offsetting higher labor costs.

While garment production has started moving away from its traditional bases in China, it’s not happening overnight as its large, skilled labor force is keeping the country in the competition. In addition, China also leads in other influential areas related to infrastructure (related: 3 Reasons China Remains Competitive for Importers), including:

Numbers indicate that China has better infrastructure development than Bangladesh, Vietnam and India

The above metrics all point to better infrastructure development in China over the other three countries. Increased transportation times to port, slower processing times for customs and frequent power shortages can mean production halts and longer lead times for your garments.

It also might take longer to conduct an inspection or audit at a factory in a country with a less developed transportation system, as it could take the inspector longer to reach the facility. Many of China’s manufacturing areas have widespread high-speed rail networks, subway systems and bus routes. But public transportation systems are much less developed in countries like Vietnam, India, Pakistan and Bangladesh.


How poor infrastructure can end up damaging your brand’s reputation

With one of the lowest minimum wages in Asia, Bangladesh is an obvious choice for garment importers looking for lower production costs. But lower wages are a reflection of Bangladesh’s lower economic development compared with that of India, Vietnam or China. 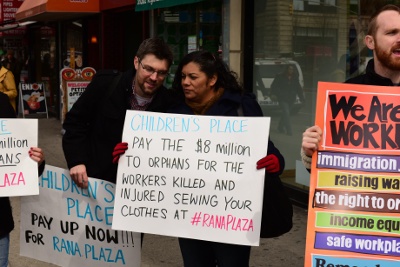 Poor economic development can interfere with your supply chain in some unforeseen ways. As evidenced by the 2013 Rana Plaza Collapse and lower-profile textile factory fires, manufacturing garments in less developed countries don't come without significant risk to your brand’s reputation (related: Social Compliance for Garment Factories: How You Can Avoid Disasters). Top Asian countries for manufacturing garments figures compiled in 2013 found that there was more than one factory fire per week in Bangladesh.

In the wake of the Bangladesh incidents, retailers such as Walmart, Target and JC Penney signed commitments to implement significant changes to their social compliance and fire safety requirements for factories. If you choose to manufacture in Bangladesh, you’re more likely to face pressure to closely monitor social respect and compel any noncompliant suppliers to set Corrective Action Plans to improve factory conditions.

A major obstacle for garment importers in India has been the fragmented local government policies across different geographical locations within the country. Part of the "Make in India" government initiative, launched in 2014, aims to lower barriers to entry and make doing business in India easier for foreign companies. Some recent improvements include reducing the number of documents needed for customs clearance, as well as allowing for electronic submissions.

Vietnam still performs markedly better than Bangladesh and India when it comes to the ease of doing business. While Vietnam’s labor costs are not as low as Bangladesh’s, stable economic policies and focus on international trade makes it more of a peer to China.

Many Taiwanese-owned factories which were formerly established in China have been moving to Vietnam to take advantage of lower labor costs. These factories already have well-established systems and processes. So staff can be up and running very quickly at a high-efficiency level.

However, access to quality textiles is a common problem which could increase lead times. Many factories still source quality fabrics from China to then cut and sew in Vietnam. But Vietnam’s proximity to China makes transporting raw materials rather convenient.


How to receive quality garments no matter where you source

Most professional third-party inspection companies who serve greater Asia should be able to carry out the same quality of service, regardless of factory location (related: 5 Traits to Look for in a Third-Party Fabric Inspection Provider). But you should always consider your manufacturing country when carrying out audits and inspections.

Most garment importers measure social compliance and evaluate quality management systems using the same objective standards. So the process of conducting factory audits in different countries is fundamentally the same, even if issues encountered vary by location. Top Asian countries for manufacturing garments in countries such as Bangladesh and Pakistan are more likely to face problems with social compliance and fire safety due to lax building regulations and weak government enforcement. 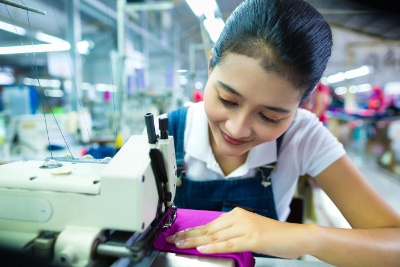 While the factors you choose to evaluate might be the same across multiple countries, your interpretation of the standards must be adjusted to the country. For instance, the local wage minimums in Bangladesh and Pakistan are much lower than those in China. While a factory in China might fail a social compliance audit for wages under USD 100, such remuneration wouldn’t be a violation for your supplier’s factory in Bangladesh.

Regardless of where you source from, quality control inspection before shipping is still one of the few ways to manage product quality in clothes. Whether you’re inspecting an order of a long-time partner in China or a new supplier in Bangladesh, your inspection criteria and reporting will likely be similar. But your product quality can vary significantly between factories, often due to some factors, including:

Like many importers, you may choose to adjust your tolerance for quality issues to match the price point of your product. It could often make sense to set a lower quality standard for a lower-end t-shirt from one supplier, for instance, than for a higher-end lady’s blouse purchased from another supplier. In turn, the latter probably sells in a higher price range.

Avoid the temptation to choose a manufacturing destination based on cost alone. Manufacturing in one country with lower labor costs can end up costing you more. Some factors to consider include:

Ultimately, every garment importer faces different constraints and priorities when manufacturing garments in Asia. But verifying a factory’s manufacturing capabilities and managing product quality with audits and inspections benefits all importers. And your customers will benefit too when they receive higher quality products from suppliers they can trust.

Techpacker
RSS
More posts by Techpacker.
Is Alpha Sizing Right For Your Brand?
How To Tackle The Top 5 Problems Of Running a Fashion Business